Is the Houseparty app safe? Everything you need to know

A huge part of staying connected throughout lockdown has been the internet. Specifically apps such as Facetime, Facebook Messenger, Zoom and Houseparty which let you interact with your friends, family and colleagues face-to-face.

As part of our joint work with NUS and Totum, we’ve dedicated right now to helping students find their feet and get used to this ‘new normal’ we’re all having to deal with. A big part of this work is helping you to stay safe online, guiding you through the things you may not be too sure about.

There is a lot going on the world right now and there’s a lot of information to keep an eye on. That’s why we want to make things as easy as possible to stay safe online. This blog post looks specifically at the Houseparty app issues that have been broadcast in the press recently. If you’ve been unsure whether you can use the app to stay in touch with your friends during lockdown, this should hopefully help you make a decision. So, how safe is the Houseparty app?

What is the Houseparty app?

If you don’t already know, Houseparty is an app where you and your friends can create your own virtual ‘room’ to chat, play games and catch up. To give you an idea of its popularity in the UK, in the run up to the outbreak of COVID-19, Houseparty’s UK app downloads peaked at 91,776 – so it’s fair to say it was incredibly popular. 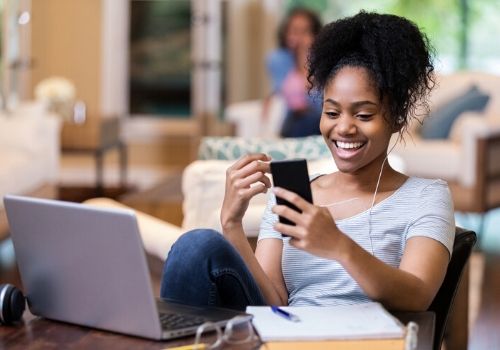 What happened with Houseparty?

Back in March, there was a lot of social media buzz around Houseparty app security which saw downloads plummeting by nearly two thirds! You may have seen viral tweets doing the rounds across most of the social media platforms.

The tweets went viral quickly and claimed Houseparty was hacking into people’s accounts (including Spotify, Snapchat and online banking), that they’d been hacked and encouraged others to delete their accounts with urgency.

We’ve been taking a look at what’s been happening with Houseparty to bring you up to date.

Not according to Houseparty themselves. Houseparty issued the following statement:

“We are investigating indications that the recent hacking rumours were spread by a paid commercial smear campaign to harm Houseparty. We are offering a $1,000,000 bounty for the first individual to provide proof of such a campaign to bounty@houseparty.com."

There have been internal and external investigations since this began. A famous consultancy firm (FTI Consultancy) were on-boarded to investigate a cyber-attack. This was the same firm who investigated the hacking of Amazon CEO Jeff Benzo’s phone in 2018, and they say that so far they haven’t found any evidence of hacking. So it appears that the spreading of those rumours may have been started as a campaign to harm Houseparty.

Houseparty app hack: Was I affected?

As we just mentioned, there is no evidence to suggest that Houseparty was hacked at all. But if you ever need to find out if your login details for any app have been leaked online, there are online resources you can use to check. 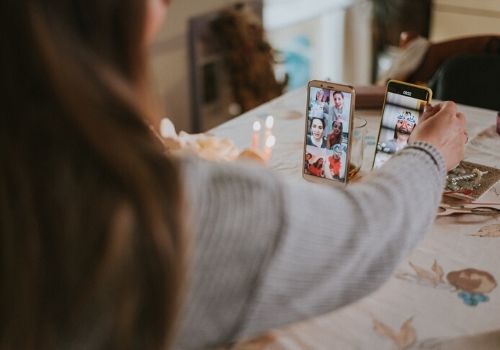 Is the Houseparty app safe?

There are always privacy risks when it comes to being online. For example, if your Houseparty room is unlocked, other people are able to join the room without any notice.

We’ve heard awkward stories of people using virtual rooms that were unlocked. For example, catching up with friends when in the bath and a stranger randomly joining. And having virtual drinks with friends and bosses accidently joining. To avoid these awkward encounters and make sure you’re keeping yourself as safe as possible online, be sure to lock your virtual room and only join rooms with people you know and trust!

How did the rumours of the Houseparty app hack affect Houseparty?

Houseparty has been around for a few years and up until the start of March 2020, had a fairly steady stream of UK downloads (around 1,000 or so per month). Mid-March saw that number take a steep incline until it hit 80,000 downloads a few weeks later.

Houseparty app downloads in the UK peaked at 91, 776 towards the end of March 2020. However, due to the suspected paid commercial smear campaign, the days that followed saw this number dropping by almost two thirds to 30, 794.

After Houseparty made their statement, things did start improving again (downloads managed to climb to around 60,620 in mid-April). However, it’s a long way-off its highest number of downloads and it’s also taken another sharp decline recently.

With all this talk of technology, have you thought about what you’d do without your gadgets? Could you replace your iPhone if you broke it? Could you instantly buy another laptop if it was stolen? If not, it’s usually a good idea to think about protecting your gadgets so that if anything did happen, you won’t have to worry because we’ve got your back.