From driving with no shoes on to using your phone at petrol stations, there are plenty of car driving myths that have arisen over the years and become confused with fact. Here we set straight the myths from the truth, so you can drive worry free.

1. It is illegal to eat whilst driving

It’s not illegal to eat whilst driving, however should you pose a significant danger, the police could prosecute you for distracted driving. To be on the safe side, it is recommended not to eat food whilst on the move, so you can be fully attentive. Make sure you take a break at a service station instead and stretch your legs!

2. Not all speed cameras flash

As drivers, we’re all familiar with speed cameras and how to identify one – but do all speed cameras flash? And if they don’t, how do they work?

Some cameras don’t use the flash at all and will take your details using infra-red. Though this system is a lot less common than the cameras we all know and love, it’s something to bear in mind if you think you’ve gotten away with it. A lot of drivers think of speed cameras as the enemy, but it’s important to remember how much safer they make our roads.

3. Speed cameras have a 10% tolerance

Whilst some vehicle’s speedometers have a 10% error built in, this doesn’t by law give you a 10% tolerance on going over the speed limit. If a speed camera or police radar gun catches you speeding, whether its 1 mph over the limit or 10 mph over the limit, you can still be prosecuted.

If you’re caught breaking the speed limit, the camera image will scan your vehicle’s number plate and identify the registered address from the DVLA. The minimum penalty for speeding is a £100 fine and points on your licence, but this may vary based on how far over the speed limit you were driving.

4. It is illegal to drive barefoot

While it may seem obvious to avoid wearing inappropriate footwear for driving, is it illegal to drive barefoot?

Though the Driving Standards Authority frowns upon bare feet and suggests appropriate footwear, it’s actually not illegal in itself to drive with no shoes on.

5. Red single lines are just the same as double yellows

6. It is illegal and dangerous to use your phone at a petrol station

This is a very dated belief which has since been disproved – both by the television show ‘mythbusters’ and by The Petroleum Equipment Institute. There is no risk to using your mobile at a petrol station, though some stations still ban the use of phones. So while it’s not, strictly speaking, illegal, it’s also better to be safe than sorry.

7. It is illegal to circle a roundabout more than 3 times

There is no evidence to support this, other than the ‘careless driving’ argument. You should plan before you enter a roundabout and circling more than twice could be considered as careless driving. It is however, illegal to drive over a mini-roundabout, as they must be treated as an island in the road.

8. Furry dice could cause your car to fail its MOT

While furry dice may seem like an innocuous car decoration, any obstruction in your field of vision wider than four centimeters can actually cause your car to fail its MOT. However, a lot of this is down to the discretion of your mechanic, and whether they decide to tell you this information before the test.

Another common driving myth is that yellow cars are cheaper to ensure because they’re more visible. But the truth is, the colour of your car has absolutely nothing to do with the price of your insurance. However, the colour of your car can affect your safety, with black cars being more prone to accidents than any other colour at night time.

10. I can have a pint and a half and still drive

When it comes to drink driving myths, it’s important to remember that how much you can drink and still be safe to drive is entirely dependent upon you as a person; your weight, age and even gender all play their part in determining how much is too much. Regardless of your personal limit, alcohol doesn’t just impede your co-ordination and sight, but also your judgement, reaction time and alertness.

Remember that even though some of these car driving myths aren’t illegal, they can still endanger you and others and are considered unsafe. As long as you’re sensible and cautious, you shouldn’t be in any trouble behind the wheel.

Whether you're a learner or an experienced driver, we’ll search a panel of top UK insurers to find you our cheapest quote. 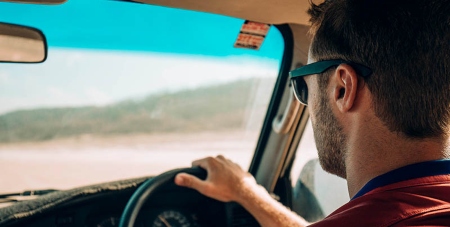