Summer is finally here, which can only mean festival season is finally upon us. Good music, great friends and plenty of sunshine, a weekend at a festival can be exactly what you need to get you through to Christmas. However, there is an art to doing festivals right, so read our festival survival guide to make sure you get the most out of your ticket!

What type of festival is right for you?

There are hundreds of festivals across the UK over the summer months, and more and more crop up each year as demand grows. However, if you’ve never been to a festival before, or are just looking for a new one, then there are a few things you should consider before splashing out on a ticket.

What sort of music are you into?

First and foremost, the festival(s) you pick should be based upon your taste in music – if you’re an indie-lover in the middle of a mosh pit, you’re probably not going to have a great time. Have a look at the line-ups, and listen to some of the artists you might not have heard of – they could end up being your new favourite band!

Do you mind crowds?

If you’re not a fan of crowds, there are plenty of smaller festivals that have a more “chilled-out” vibe. If you feel uncomfortable in large groups, check out some of the festivals that have 5,000 people or less. It could be that you just fancy heading down for the day, rather than making it a weekend event.

Find out what the demographic is – if you’re heading down with small kids, then probably best to avoid some of the larger (cough messier) festivals and stick to the ones that promote themselves as family-friendly.

Equally, if you’re heading down with a huge group of friends, then you’ll want to avoid any festivals where it won’t be acceptable to make noise late at night.

Is it easy to get to?

Think about the location – you don’t want to buy a ticket, only to realise it’s a five hour drive away! Festivals can be in remote locations, which means the roads can sometimes be slightly treacherous to navigate - so make sure you’ve mapped out your journey before you set off.

You’ll probably need to pay for parking at the festival, and you’ll usually need to purchase a parking ticket for each car in advance – this can cost anywhere between £5 and £50. Some of the larger festivals only accept payment in cash on the day you arrive, rather than pre-paying for parking online. Check the festival website for parking details so you don’t get caught out.

You’ll also want to consider how large the festival site is – some festivals have hundreds of thousands of people, which means you might need to walk for 15-20 minutes just to get to the stage you want to be at. If you don’t fancy hightailing it across the site to catch a band, then it might be worth investigating some of the slightly smaller festivals.

How much does it cost?

Obviously cost is going to be a factor. Festival tickets vary massively, from under £100 to up to £250 for some of the larger festivals. If you’re a little tight on cash, you could look into a day ticket, but you’ll want to factor in distance before deciding how long you’re going to stay for.

What do I need to take with me?

As a general rule, everybody forgets at least one thing whenever they go to a festival – and if you’re lucky, it won’t be something key to your survival at the festival. However, occasionally you’ll forget to pack a must-have item, such as toilet paper. That’s where networking comes in handy - don’t be scared to ask nearby camps if they have a spare of anything that you might need. Worst case scenario is they say no! But luckily, festivals have a very sociable vibe, and you’re unlikely to come across many people unwilling to share. Even so, it’s always better to be prepared by making sure you at least have the following:

What food should I bring?

There will be plenty of food stands at the festival, and when it’s boiling hot and there are bands to see, you’re probably not going to want to mess around cooking on a camping stove. It’s also a good idea to take a cool box – even if you don’t use it for storing food, you’ll be grateful your water bottles have been kept chilled. Take foods that are easy to snack on or cook quickly with minimal washing up, and then budget to buy at least a meal a day. Most food served at festivals is pretty stodgy (and delicious), so one solid meal a day and a few snacks might even do the trick! Some handy foods to take might be…

Cheap, quick and individually packaged; perfect for when you need a quick burst of energy on the move.

After a day or two, your body may start to crave fruit and vegetables, so take some nearly-ripe bananas to satisfy your cravings.

If you take nothing other than a camping stove and a kettle, you’ll be grateful for a slightly more substantial snack that’s quick and easy to make, with minimal clean up.

Pizza is great festival food, so you can sort out a few meals by pre-cooking a pizza or two, slicing them up, and storing the slices wrapped in aluminium foil in the cool box. However, you’ll probably want to consume it all within the first day or two, especially if there’s meat involved.

Sustain energy while you out a nice, greasy burger from one of the pop-up food bars with a supply of dried fruit and nuts – they’re made to last, so are unlikely to spoil in the heat.

If you’re going to survive the whole season it’s important to take a hat to festivals, especially if it’s forecast to be sunny – just don’t make the mistake of wearing it on the first day. Hat hair is bad enough, but after three days at a festival with only dry shampoo for support, you’ll bitterly regret jumping the gun and wearing it too soon.

Mobile phones are not festival friendly – not only are they at risk of getting lost or stolen, but you’re unlikely to have signal, which means if you lose your friends, you might find yourself a bit stuck. Invest in some walkie-talkies with a vast range so you can always keep in touch. Besides, it’s a great excuse to come up with awesome codenames.

3. Invest in a portable charger

Even if you have signal, you’re unlikely to have any phone battery. Instead of forking out to charge your phone at one of the kiosks at the festival (this can cost up to £5 for an hour of charging!) invest in a portable charger. You can usually charge your phone at least once or twice before it runs out of juice – but it might be a nice opportunity to take a break from your tech anyway!

4. Get your headphones as soon as you arrive

Not every festival will have a silent disco, but if yours does, make sure you pick up your headphones first thing - the queues get long very quickly, and you’re not going to want to wait around in the heat when there are bands to see. You’ll also usually only have to pay a deposit, which you get back on the last day when you return your headphones in one piece.

You’ll inevitably end up walking around a lot, and you’ll spend a lot of time in the sun with no shade so it’s important to make sure you stay hydrated.

Why carry a massive pillow across the campsite when you could just take a pillow case and stuff it with hoodies and jumpers to rest your head on at night?

7. Assume that there will be nowhere to wash

No-one, after a few days at a festival, smells as fresh as when they arrived. Make sure you’re prepared for the fact you’ll be unable to wash by taking dry shampoo, baby wipes, deodorant, toilet paper and a towel with you.

While we’re discussing toiletries, it also goes without saying you should take sunscreen, as there’s unlikely to be any shade from the glaring sun.

While the forecast might be for sunshine, the weather can change quickly – we do live in the UK, after all. Pack waterproof clothing and some spare underwear, just in case you get rained on.

9. Make friends with the camp next to you

Everyone’s at a music festival for one reason only – to have a good time. Which means nobody is going to shoot you down if you try to make friends. Equally, it’s useful to have allies at nearby camps, as you can cash in on your new found friendship later when you inevitably run out of toilet paper. Keep an eye out for truly spectacular camps, as they’re usually the best prepared for every eventuality.

The majority of people attend festivals to have a good time, but there are also some who don’t, and so there is likely to be a high risk of theft of your mobile phones and gadgets. Our flexible gadget insurance covers mobile phones anywhere in the UK, and up to 120 days worldwide against theft, accidental damage and loss, so make sure you’re covered when attending festivals this season. 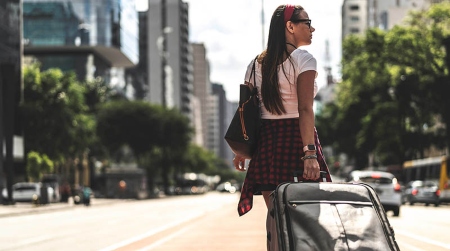