How to pull the best housemate pranks

Pranks and practical jokes are not just funny on April Fool’s Day - so we asked you to share some of your best pranks to pull. Not only were they hilarious, but the amount of imagination, man-power and commitment displayed in some of these is very impressive! Even the extent of cleaning up afterwards was no deterrent for a good prank. Turns out revenge, boredom and “asking for it” are the main reasons behind these funny housemate pranks.

“In one student household last year, the joker of the house finally had his comeuppance after playing pranks on everyone! His housemates teamed up and ordered 50 litres of bean bag balls and scattered them all over his room! It went further than that, they put them everywhere. In all his shirts, his shoes, trousers, bed. Everywhere. After about a week, they were almost all clear. Every now and again random ones appeared but the icing on the cake was when he went to use his Pritt Stick towards the end of term and found them all stuck inside! Simply brilliant.”

“When my friend was out we stole a pair of his trousers and a hoody and stuffed them with pillows to create a life size doll! We then put him sitting on the toilet in the dark....my mate went to go to the loo and opened the door and saw this figure sitting on the toilet! Priceless reaction! As you can imagine! It makes me laugh even thinking about it!”

“My friend had a massive phobia of frogs and left his room unlocked for a whole day. The rest of the flat then printed out hundreds of pictures of frogs and put them all over his room. They then turned his room into a park; put a park bench in it, stone paths, even a mini pond! I’m pretty sure he left it like that for a while as well.”

Housemate prank 4: Cutlery in the freezer

“One of my flatmates went to the flat above during first year, took their entire cutlery out of their kitchen draw, put it in a black bag… Filled the black bag with water and then stuffed it in their freezer. It was a nightmare for them to sort out.”

Housemate prank 5: Two eggs on the head for a fiver?

“My flatmate asked if anyone would take having two eggs cracked over their head for a fiver. My other flatmate happily obliged and when stood over the bath, we cracked one egg on his head and then walked off… He never got that fiver he was promised.”

“One of my housemates left his door open for the full day and whilst he was out we got hundreds of plastic cups, filled them with water, and placed them about 3cm apart from each other all over his room. All over the floor, the desk, window sill etc. Took us ages but it took him even longer to sort out when he came back!”

"One of my other housemates had a massive hatred for beans. One night he left his window open and whilst he was asleep, I got a leg up, went through his window and filled his sink with baked beans. I got caught right at the end, just as I was trying to leave his room!"

“My housemates realised that my bed had a massive hole in it which meant things could be stuffed in it without notice. Over the course of about 3 months they started hiding things from my room in the bed: DVDs, clothes, books, my football… Everything. It was only when I realised I was really low on socks that I started to question where they all were and my bed had half of my room in it by the end point!”

"My housemates hid an alarm clock in my bed and set it to go off quietly at stupid o' clock in the morning. It wouldn’t often wake me but when it did I just didn’t have a clue where it was coming from and left it like that for about two weeks before eventually finding it."

"In my 3rd year of uni my friend went to Italy for a week skiing and left his room open, ‘just in case someone wanted to stay in there’. Unfortunately for him, we took this as an opportunity for some banter. So... off we went to Tesco to buy over 30 rolls of tin foil and 200 balloons (where we had some seriously odd looks) and we set to work wrapping his whole room and all its contents in tin foil. When I say everything... I mean everything, walls, floors, curtains, books, clothes, lights. You name it, it was silver. As for the balloons, we spent the next couple of days blowing these up and placed them in the silver haven. When he came back it took him three days to empty the contents of the room (with no help!) and the roll of tin foil was bigger than a gym exercise ball."

Pulling pranks on your housemates can be a lot of fun, but be careful not to damage anyone’s belongings in the process! Having student contents insurance in place could mean that, should your housemates decide to pull a prank, your belongings are protected.

Find out more about our student contents insurance. 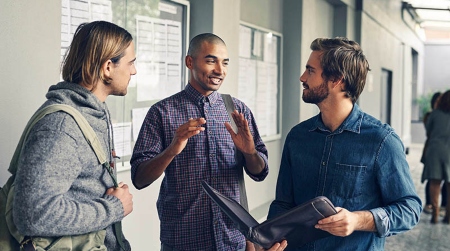